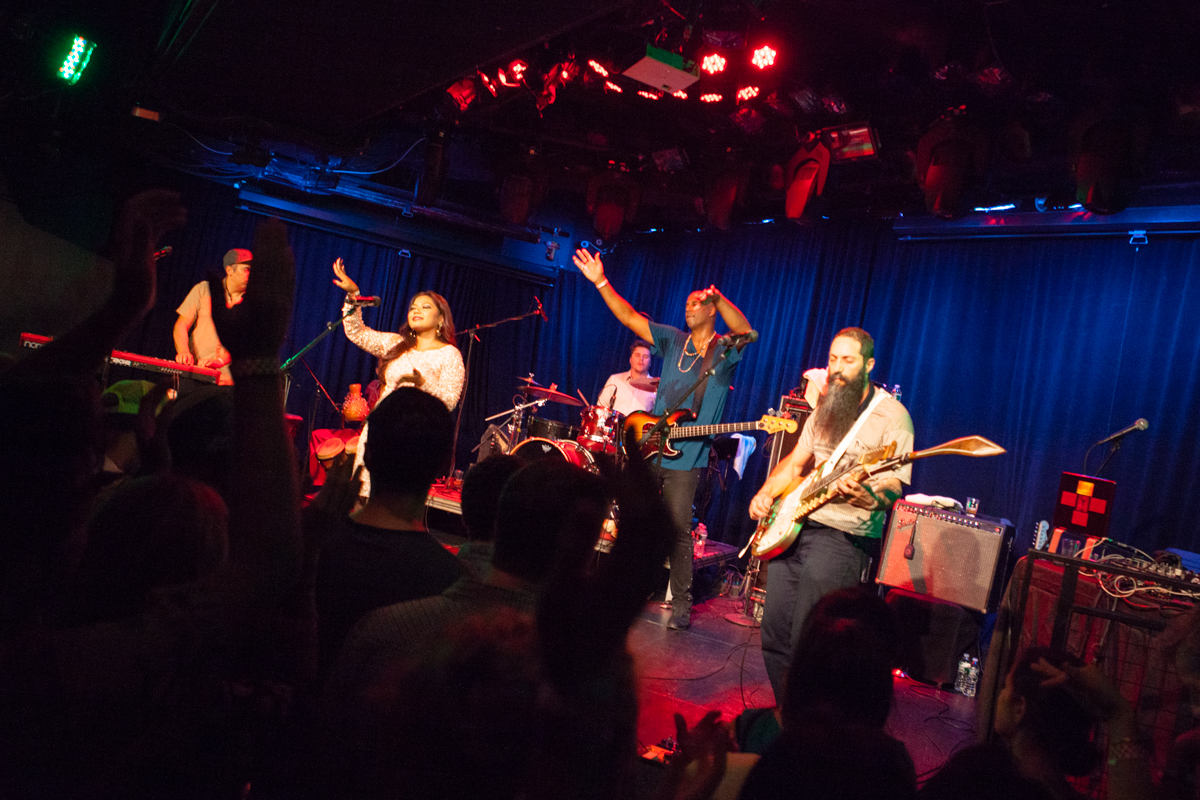 Fall is just around the corner… This past weekend Karla and I went in to the city to see Dengue Fever live at Le Poisson Rouge. Love seeing them perform! They put on a great show and we finally got to meet the super talented and beautiful Chhom Nimol. We also ran in to some friends at the concert, a nice surprise to be able to catch up with them over drinks after the show.

We had seen Dengue Fever perform at this same venue back in April of 2013 during the Khmer New Year as part of Season of Cambodia (a festival highlighting Khmer arts and culture through out NYC). It was a wonderful experience then because, not only did they rock out the show, we made new friends in the audience and even got to hang out with author Loung Ung of First They Killed My Father (which is being adopted in to a motion picture directed by Angelina Jolie). Long Ung’s book really opened my eyes to the experience of surviving the Killing Fields, so I’ve always been a fan. So honored when she was standing right next to us and didn’t mind me being a little star struck, instead she joined us in rocking out to the show. There really are not a lot of Cambodians in NYC, so the few Cambodian concert goers that night were clustered in the same, front, right standing row, and we all sort of gravitate towards each other trying to find solidarity in our similar background.

In our quest of connecting with other Khmers in the audience, we ended up befriending this lively Cambodian family who grew up in NYC. It was a loud and crowded club, but this woman opened up and told me this amazing story about how she and her siblings came to be where they were. After losing their parents in the genocide and escaping the khmer rouge, they were sponsored by a church organization that resettled them to a small apartment in the Bronx. Here is this family of young kids, post trauma, on their own in NYC, who don’t know the language and don’t even know where to get groceries or understand how to get around. So every day her brother would stand outside waiting on the side of the street, which caused the neighbors to worry that he might be a drug dealer or something else. Luckily, this man in the building took the time to knock on their door rather than calling the cops and what he found was a family of young refugees who were left on their own. When he realized that, he decided to take action and adopt them. Here they are now, over 30 years later, in NYC listening to a band that idolizes Khmer music and reviving the sounds that were almost lost to an era of violence. I was so deeply touched and inspired by the magic of that night.

Back to this same venue and Dengue still put on a phenomenal show. 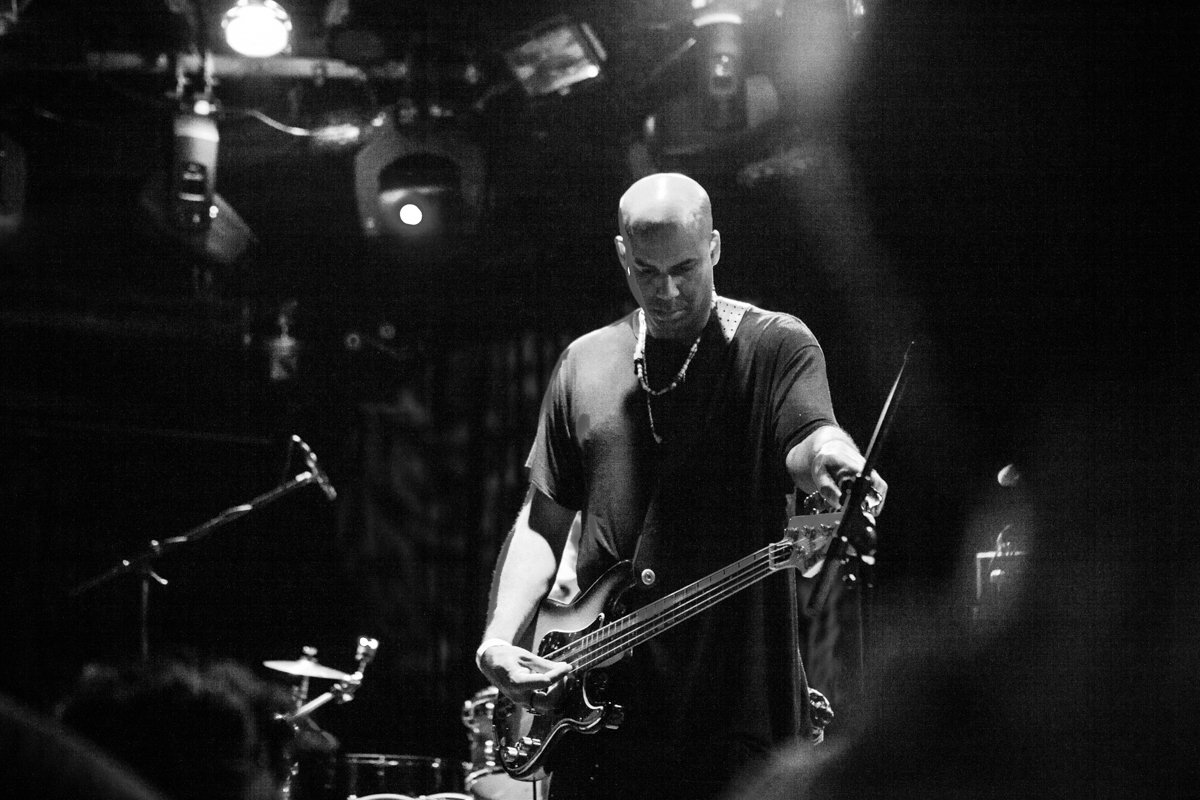 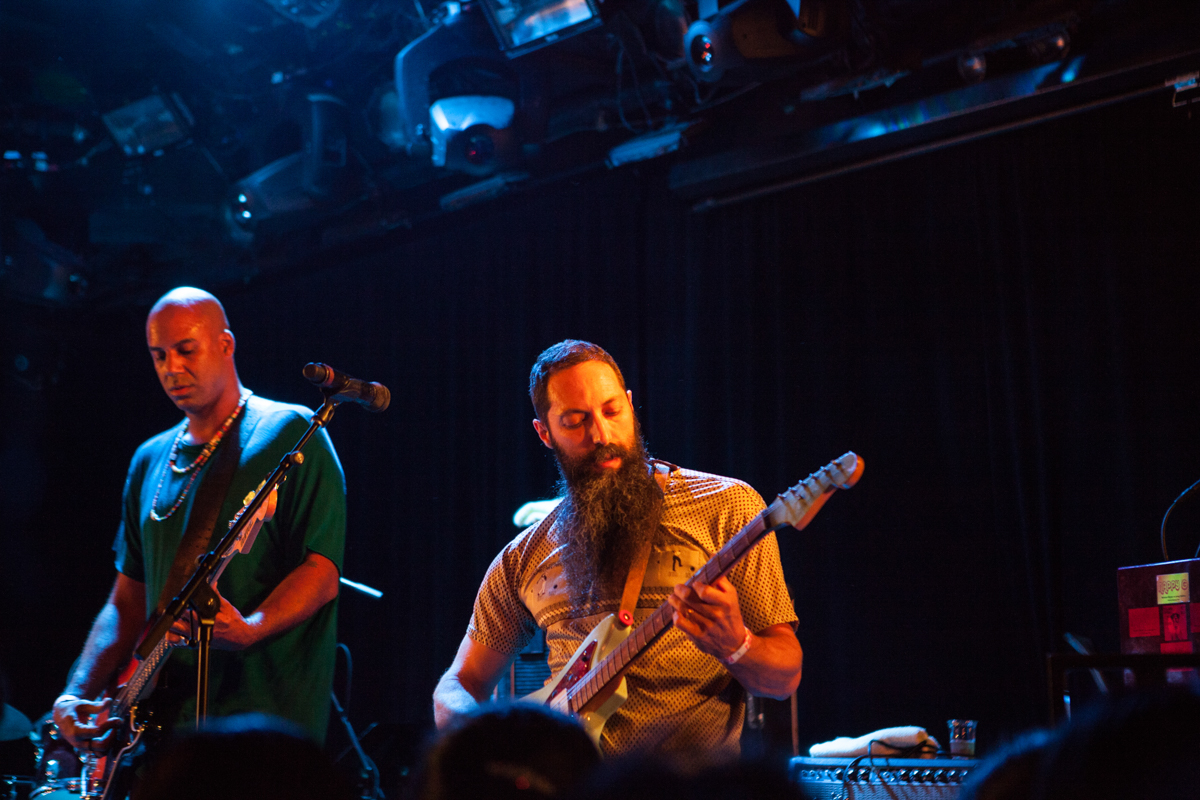 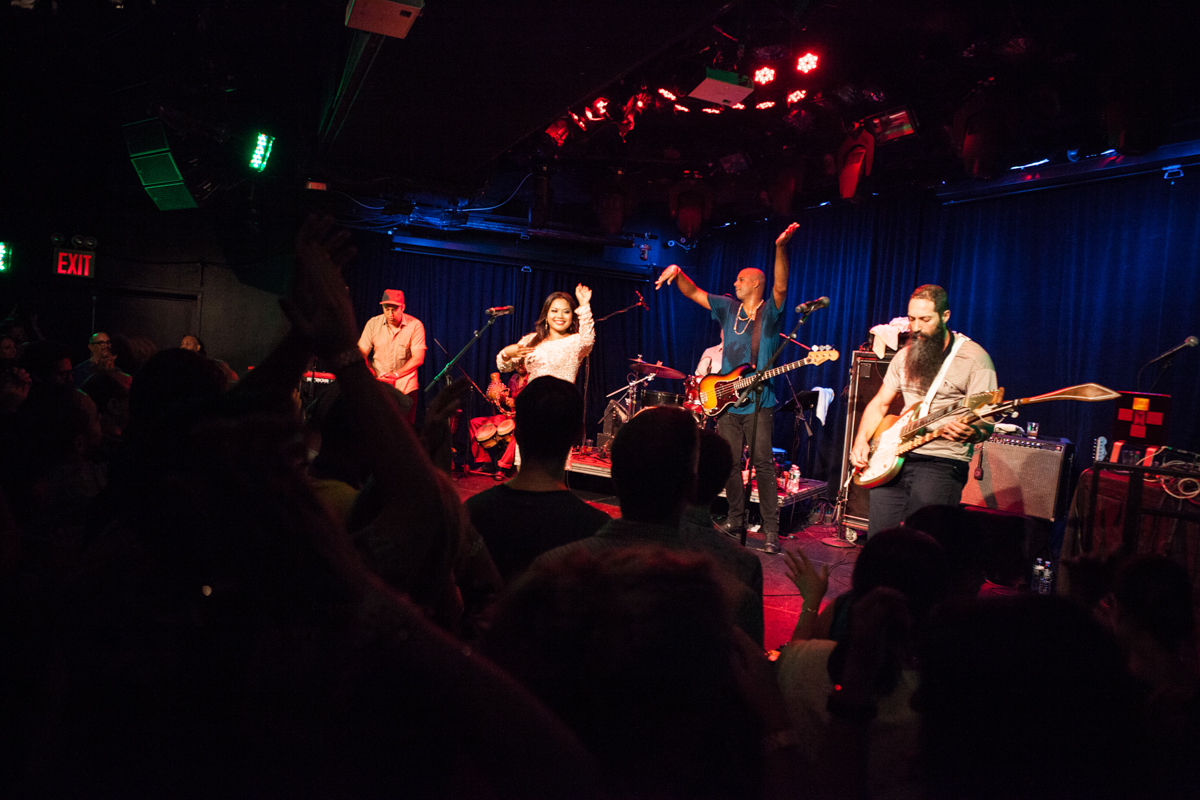 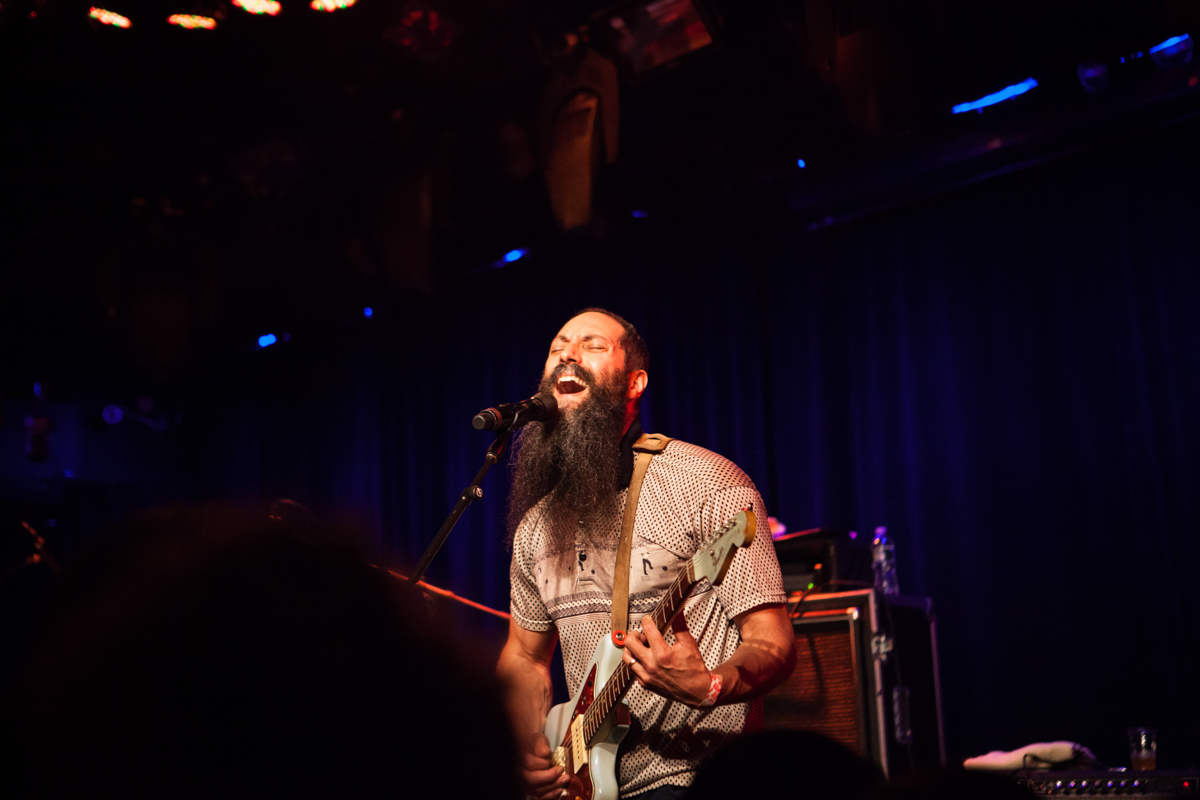 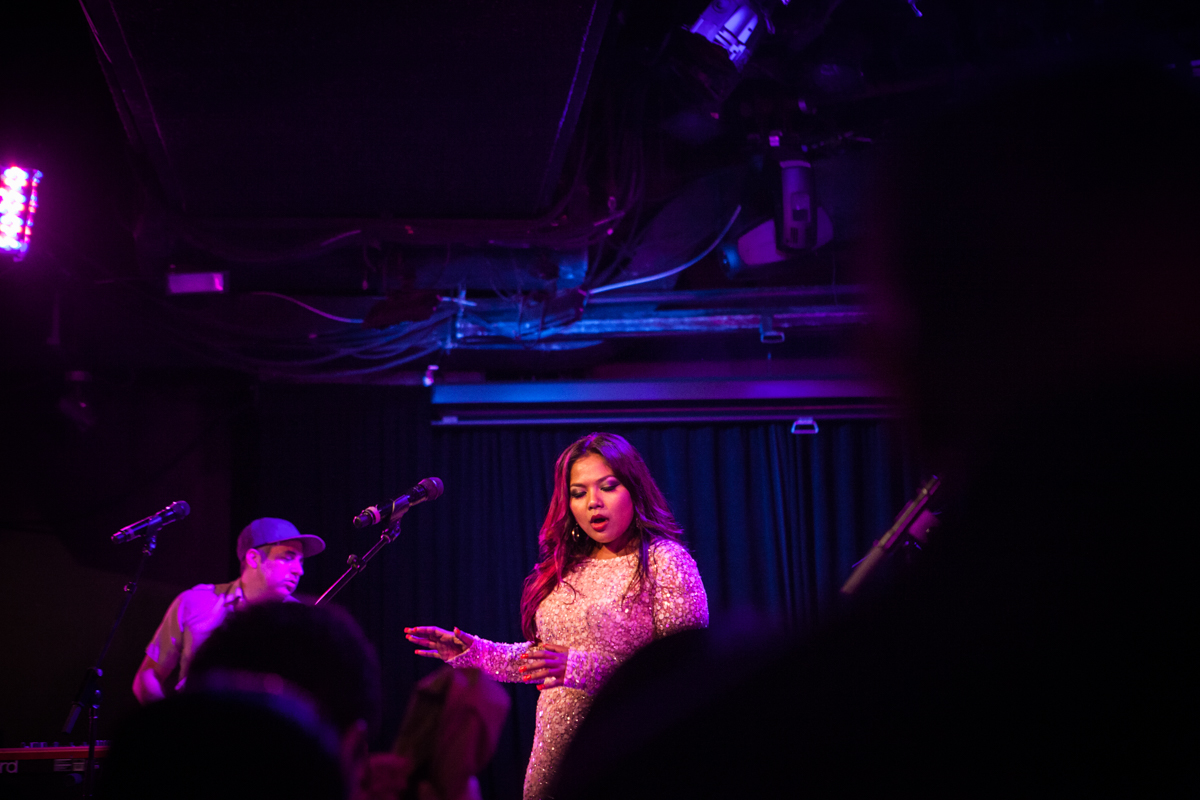 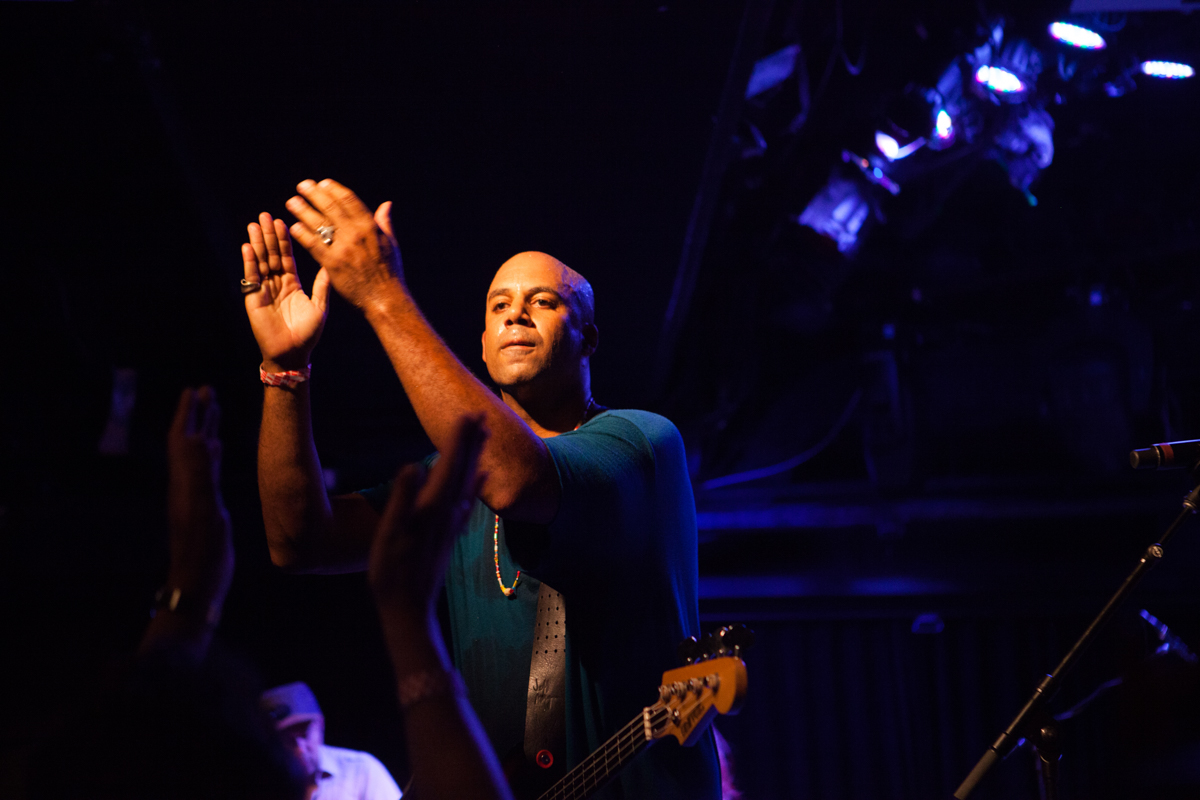 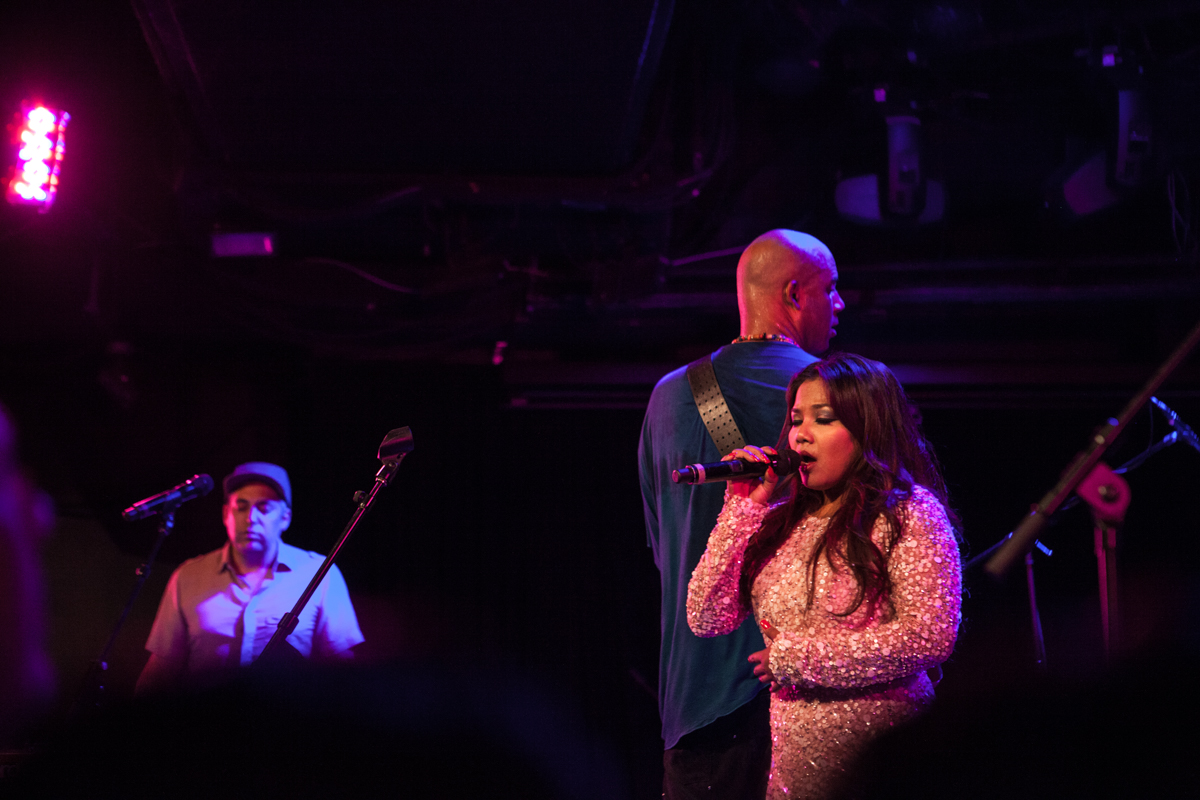 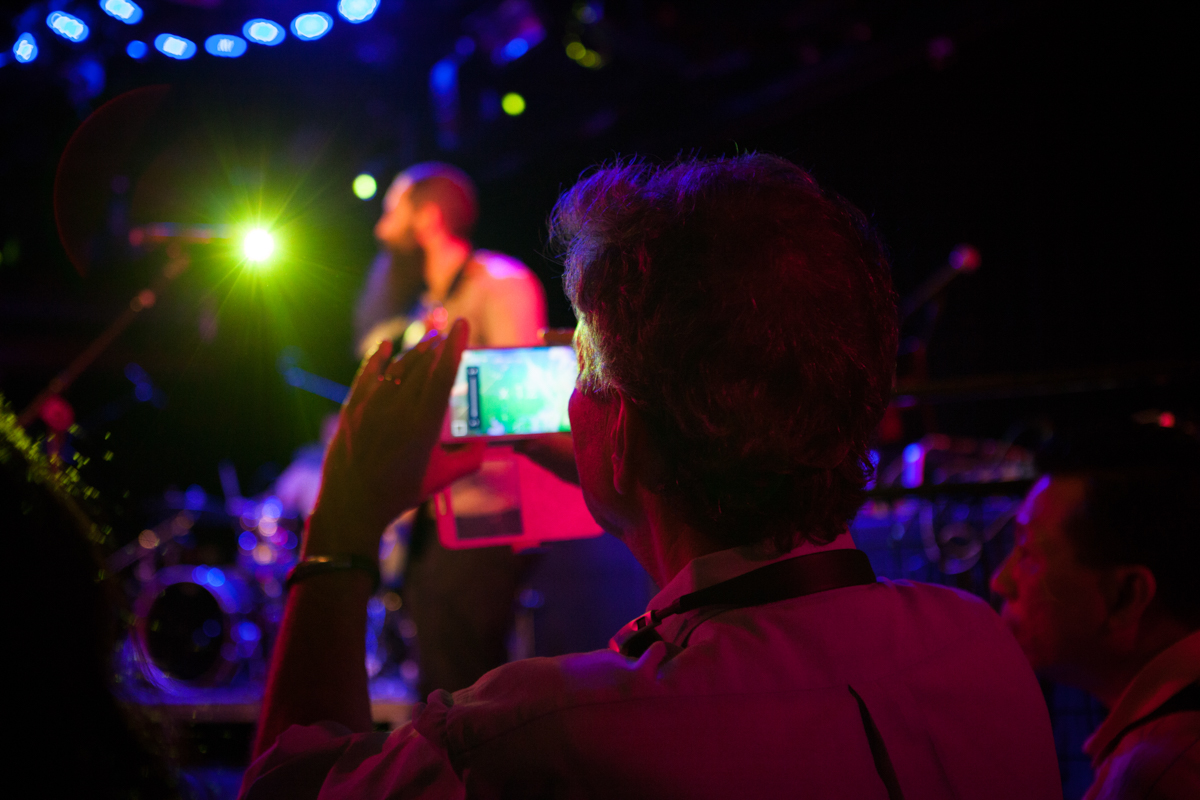 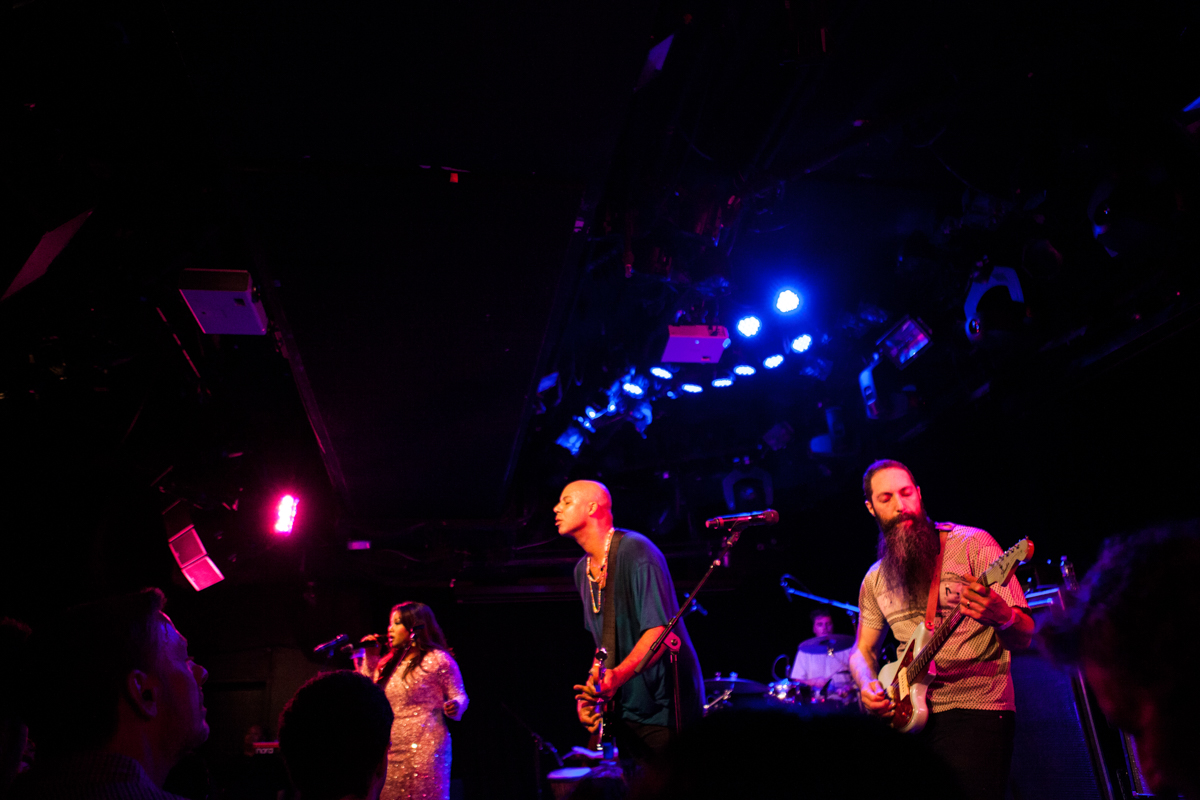 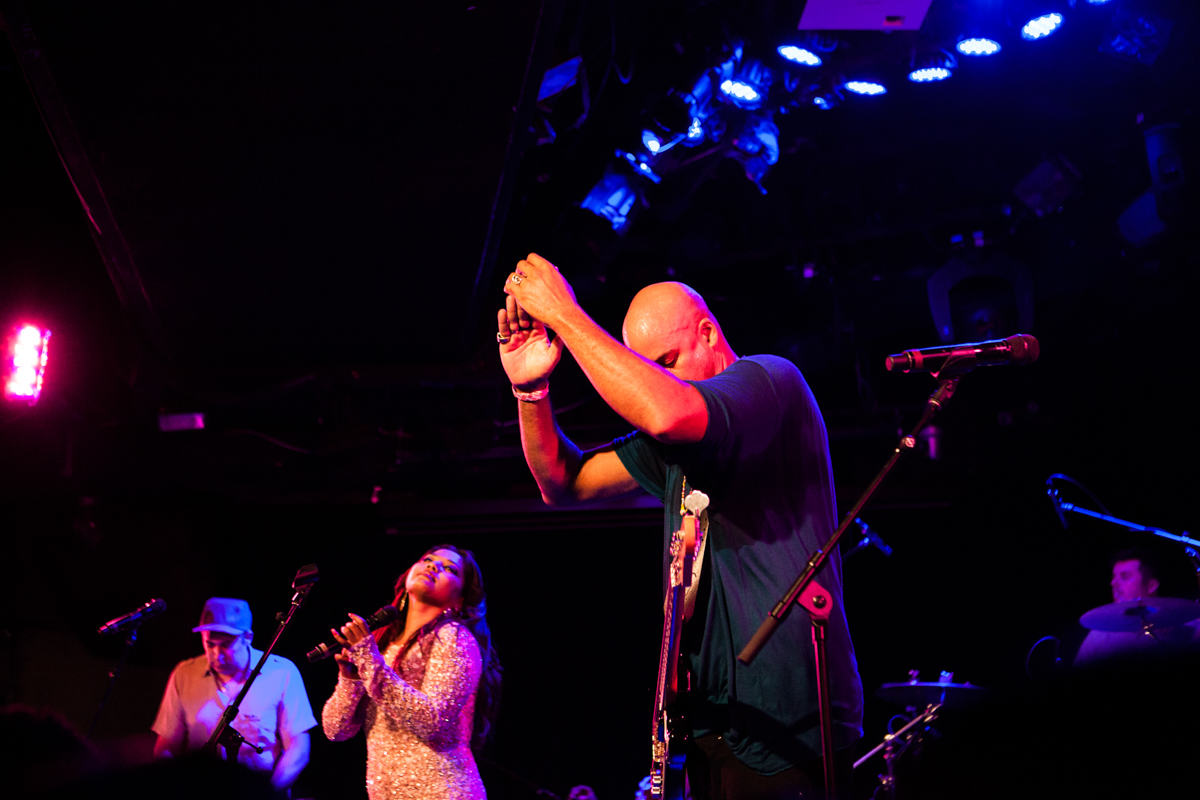 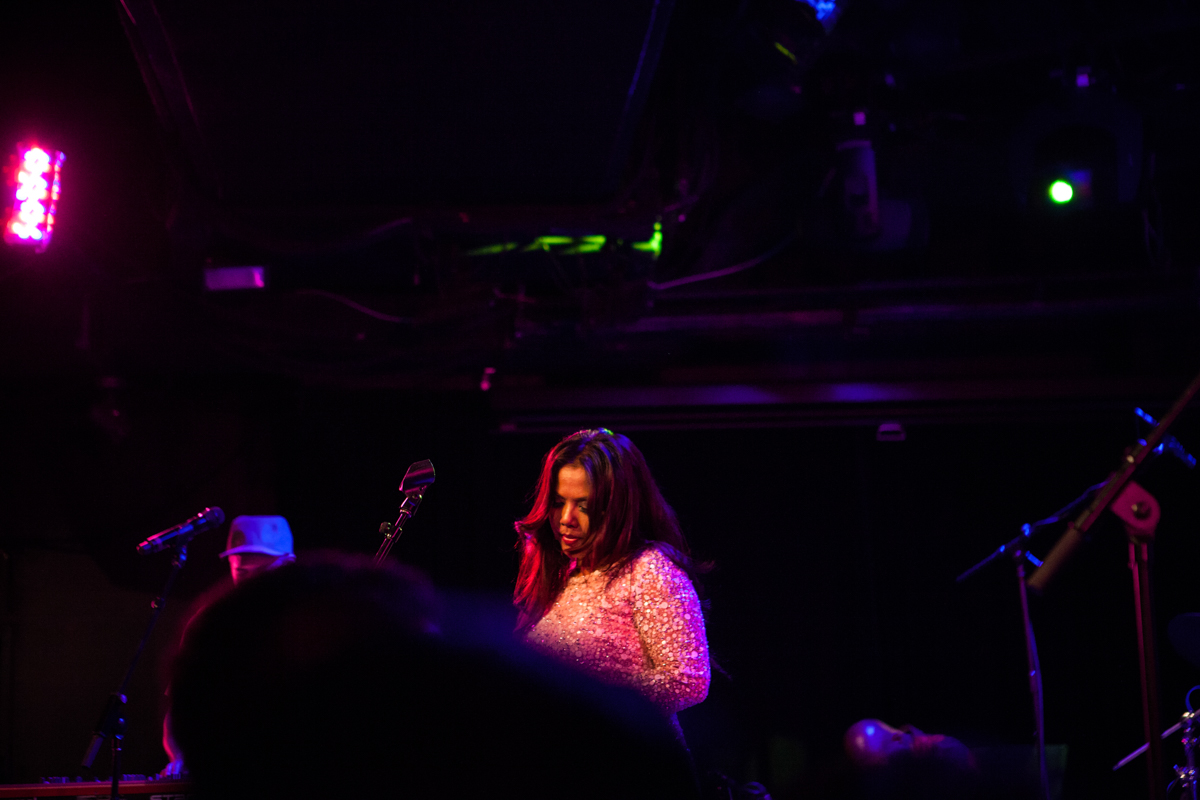 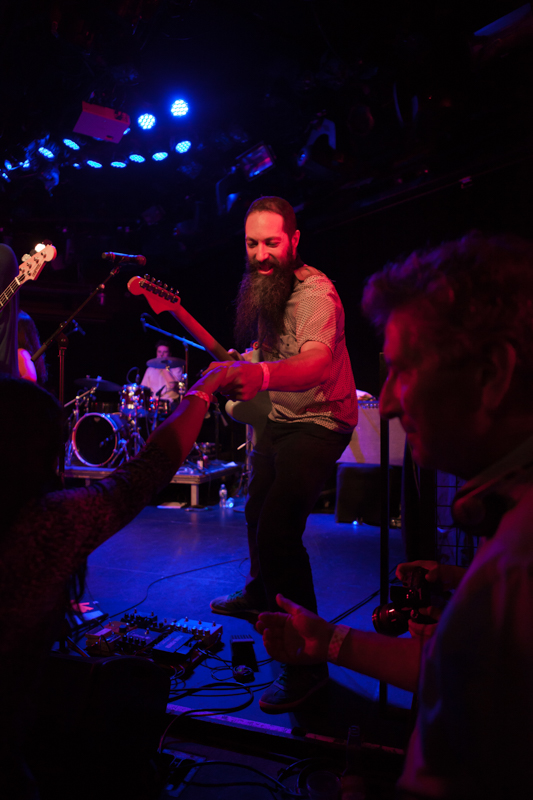 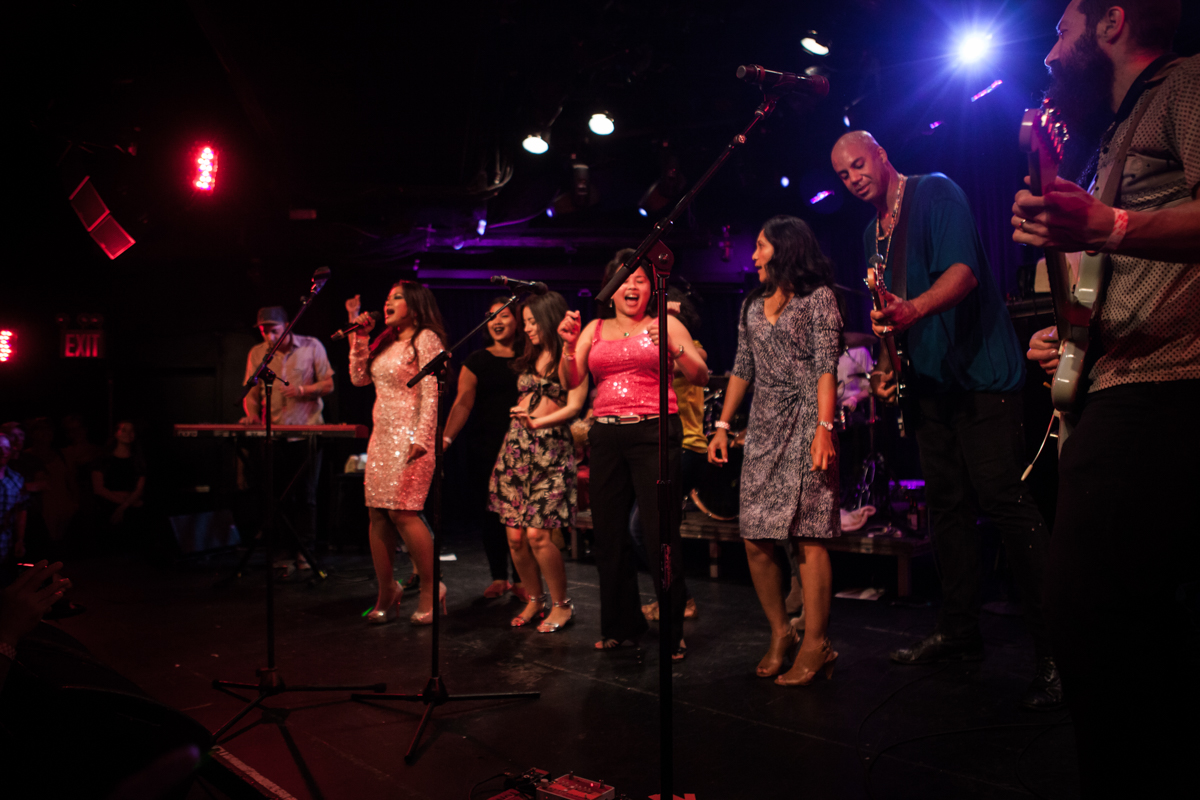 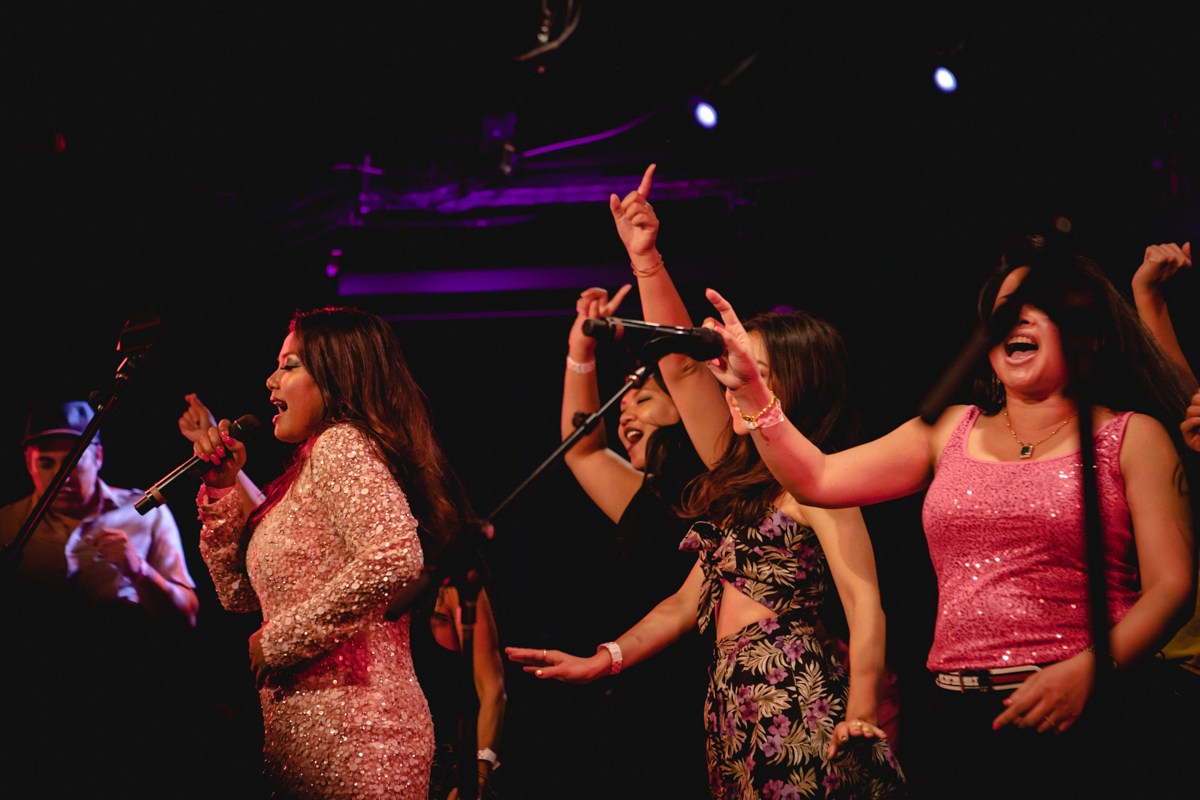 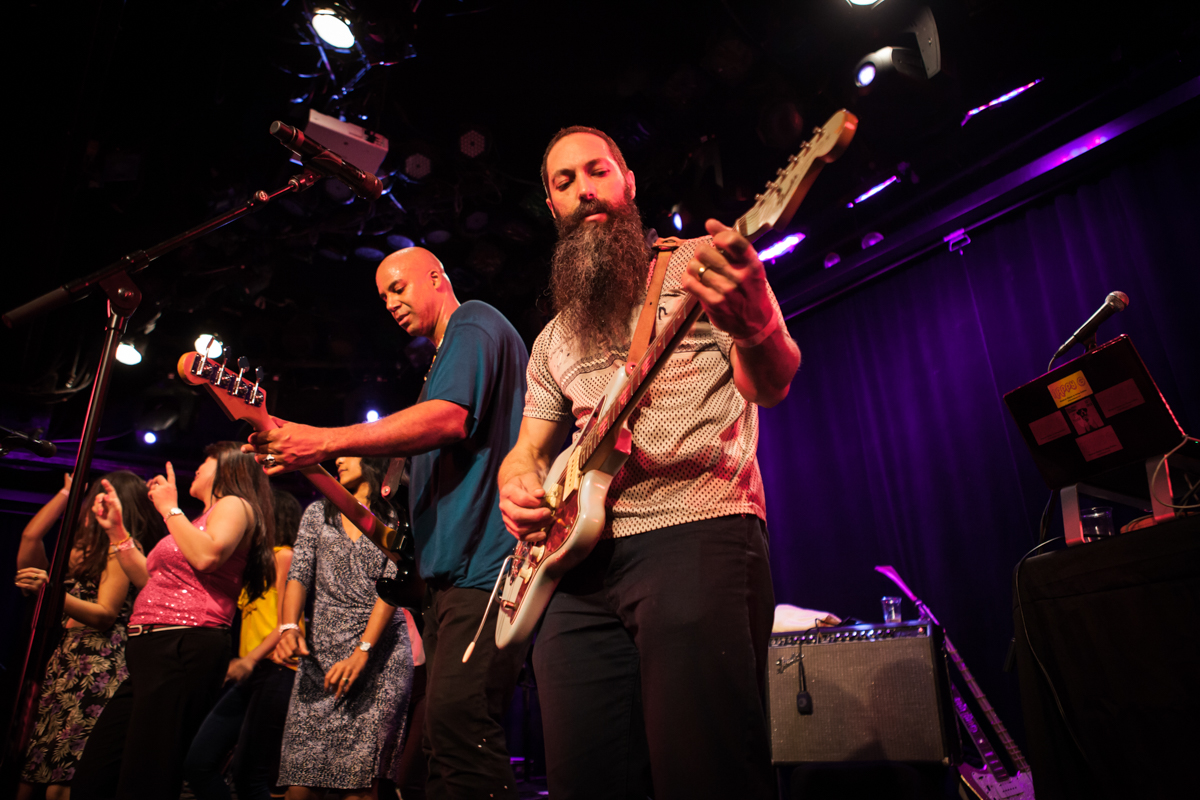 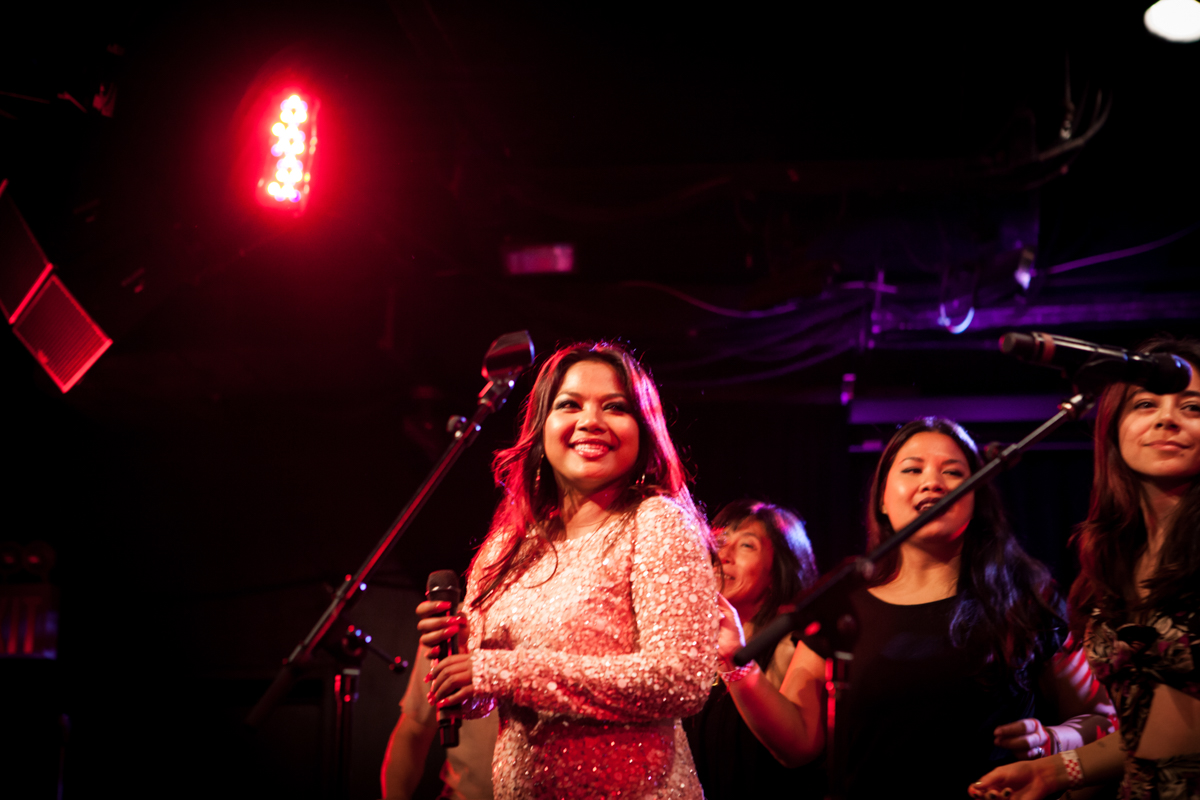 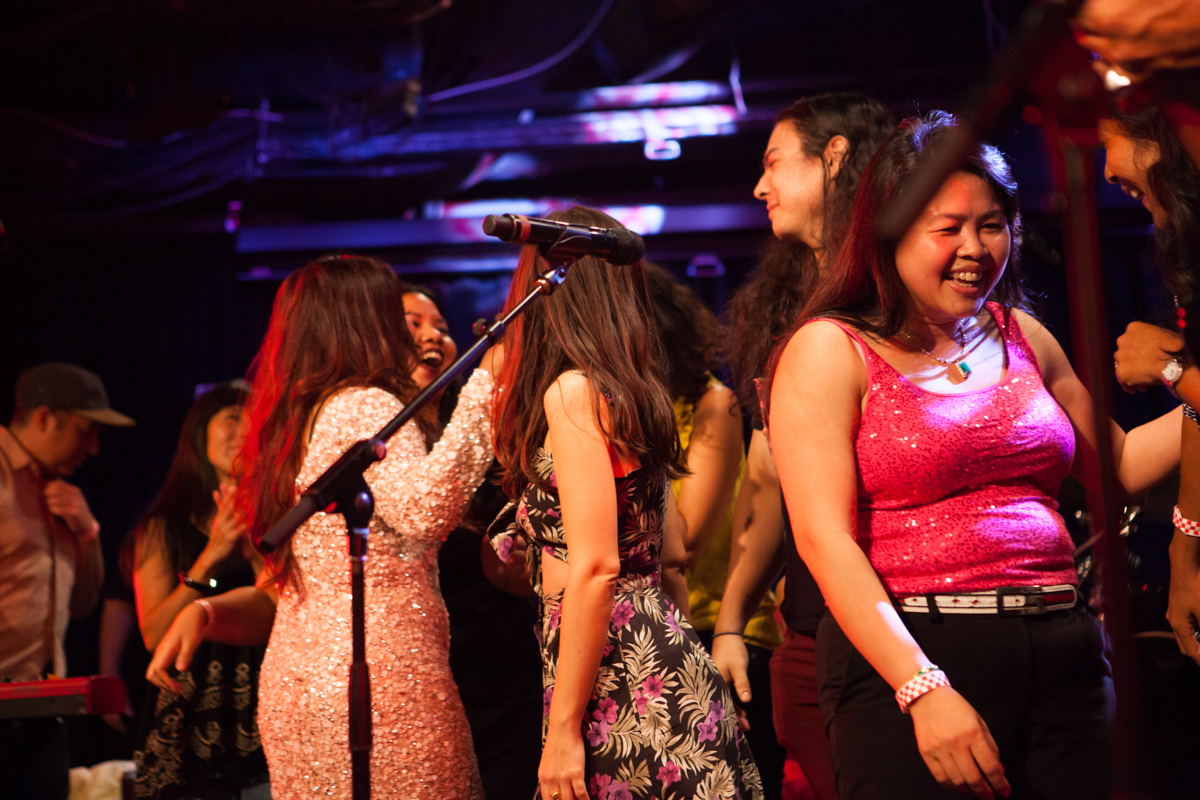 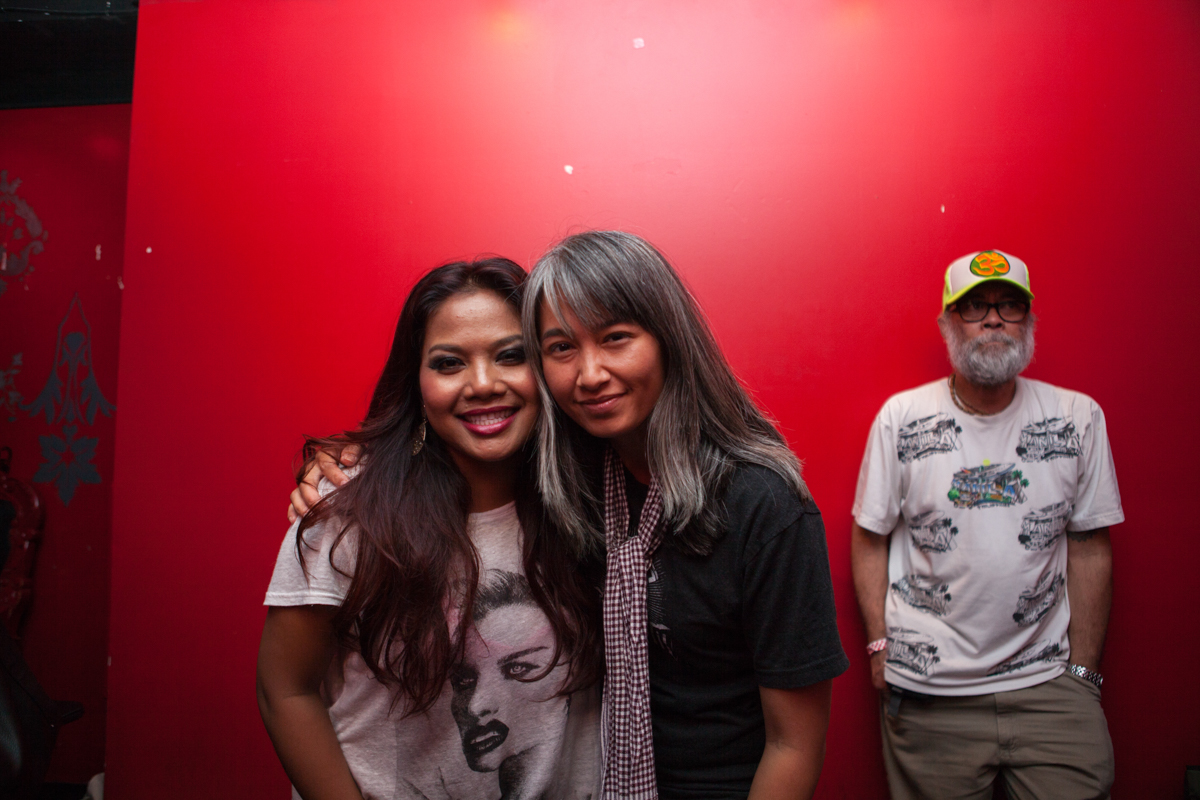